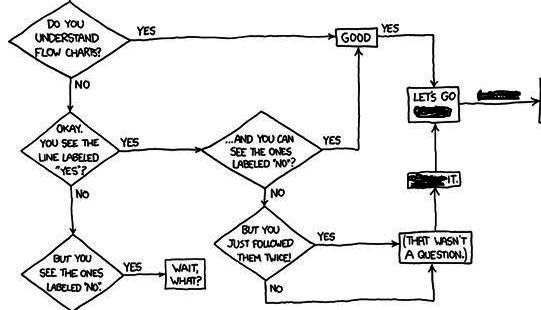 If you work with software patents, you surely have encountered issues pertaining to absolute patentability criteria.

The following is a template write-up about patentability of computer implemented inventions in common law jurisdictions, mainly derived from our prosecution practice in regards to patent at the UK Patent Office over the past few years.

Below, I have provided the checklist in the form of a mock office action that one may obtain when it comes to filing a patent application for computer software that provides a new way of logging onto a computer network.

For a patent application that is pending, it will be better if one has answers ready for the questions raised in this mock office action, and best is to get the answers right in the patent specification itself, when drafting it! These criteria, if they are met, there will be a higher chance that a patent will be granted.

In a sideline only: a patent application that takes the following checklist into account has much better chances for grant under many other jurisdictions too, including the European Patent Office (EPO).

And here is my Common Law mock office action:

"from the Intellectual Property Office of a Common Law Country

your invention is unfortunately not a patentable invention for the purposes of the Patents Act. That is to say, the invention described in your patent claims is excluded from patent protection because of lack of technical matter.

I. The common law approach to decide on such matters is a three-step test .

(3) check whether the claimed invention provides a technical contribution.

II. The above steps will be applied to the method of claim I, and the facts of the present application.  In the course of applying the test, the question “is the claimed invention technical” must be asked.

As the hardware is conventional, i.e. a standard laptop computer or smartphone coupled to an existing network to access a computer server, the contribution would appear to be the automated handling of client device application credential managing, where the client device that is not associated with a account in logged into the account and the application used to access the cloud account, so that it can use a new set of credentials. The new credentials are then used when the criteria in satisfied, such as user log out or a time out.

Step 3 - check whether the claimed invention provides a technical contribution

Guidance as to what constitutes a “technical contribution” can be found in the in AT&T Knowledge Ventures/Cvon Ltd decision, set out as the following five signposts:

(2) whether the claimed technical effect operates at the level of the architecture of the computer; that is to say whether the effect is produced irrespective of the data being processed or the applications being run;

(3) whether the claimed technical effect results in the computer being made to operate in a new way;

(4) whether there is an increase in the speed or reliability of the computer;

(5) whether the perceived problem is overcome by the claimed invention as opposed to merely being circumvented.

I am now applying the above five signpost tests to your current patent claim.

Firstly, does the claimed effect have a technical effect on the process which is carried on outside the computer? It is quite clear that this does not happen. Your entire system is provided in a single computing network and has no links or effect on anything external to the computer network on which the cloud application is being run.

Secondly, does the claimed effect operate at the level of the architecture of the computer or operate irrespective of the data being processed? Your computing apparatus being used is entirely standard and there is nothing in the claims or specification that suggests an effect course at this level. Furthermore, the claimed effect is as a result of running an application on your computer which deals only with a client device application interaction. It goes without saying that the application is therefore intrinsically linked to the data being processed and as a result the second signpost points away from a technical contribution.

Signposts 3 and 4 can be considered together. Your computing device ie computer network being used are entirely standard and so cannot be considered to operate in a new way, it remains a computing device running a software application. In addition, whilst the application itself may be more efficient or reliable there is no effect on how the device operated beyond the normal interaction between an application program and the host device. Consequently, the third and fourth signposts also points away from there being a technical contribution in the claims.

The final signpost is to decide whether the claimed effect overcomes a problem or merely circumvents it? In your specification you state that the problem to be overcome is the problems that occur when a user logs into a cloud application from a client device that is not the device on record for the user’s account. This appears to be solved by disabling the existing application credentials and enabling the new application credentials for the duration of the application session.  In other words, your invention is a program for automatically enabling and disabling software applications.  According to the description in its simplest form this can be nothing more than logging out the existing user before logging in the new user, which is trivial.

Apart from the above mentioned five signposts, I also do not see any other reason why the claimed subject matter is technical.

I therefore do currently not see any reason for your invention being patentable because it does not provide a technical contribution.

Please note that if you should want to present new arguments why the alleged is providing a technical contribution, then these arguments should be backed by the existing description.

III. Once we have clarified the claimed subject matter with respect to absolute grounds of refusal, a test for novelty and inventive step must be carried out. As it is currently not yet visible which subject matter will constitute an admissible patent claim, this investigation is postponed.