A foreign company interested in setting its trade or production operation in the Brazilian market, will need to transfer its technology, by granting licenses of its patents, trademarks, software, know how, and others IPR, to the Brazilian Company. Technology Transfer Agreements are known worldwide, and defined by the World Intellectual Property Organization – WIPO, as the right instrument in order to guarantee that a Company’s technology will be correctly applied and the products have the same quality standard when sold to the final client in the new trade market.

Considering that the main technology transfer contract in this situations are the Patent License Agreement, bellow we remark the main rules and key points that an international company should pay attention when setting its operation in Brazil and grant license of its patent to the Brazilian company.

1. First of all, the patents being licensed have to be duly protected, being it granted or at least the application filed before the Brazilian PTO (Instituto National de Propriedade Intelectual – INPI). So, in order to have a valid Patent License Agreement in Brazil a foreign Company have to in the moment of deciding the patent strategy of internationalization, include Brazil, and file the national application.

2. A Patent License Agreement shall in the object session specifically mention the Brazilian patent application or grant number, as well as the conditions related to exclusivity or not and the permit to license granting to third parties.

3. Regarding the payment, Patent License Agreements usually establish royalties calculated in the following ways: (i) a fix value per unit sold and (ii) a percentage of the selling net price. Although, the payment, especially if it will be sent to a foreign country, will only be possible after the patent grant. Patent applications cannot be object of a payed license, but, when the patent is granted the owner shall file before INPI an alteration session, and from that moment the payment will retroact to the day of the contract filing before the Brazilian PTO.

4. Patent License Agreements will be valid only until the patent is in force, in the moment a patent becomes state of art there will be no more reason for an agreement in this matter.

5. These Agreements shall respect the dispositions in the Brazilian Industrial Property Law No. 9.279/96. For example, only the owner of the patent can celebrate a Patent License Agreement, although the licensee can be given the permit to act in behalf of the patent. Any new development to the technology protected by the patent will be property of who developed it, being assured the right of first refusal to the other party of the Agreement.

6. A Patent License Agreement shall be registered before INPI in order to be valid to third parties. The general rule is that royalties expenses will only be considered to the tax calculation when necessary, recurring and normal to the to the business. The amount of royalties can only be deductible until the maximum limit of 5% of the net income from the products using the technology, considering, as well, the maximum limits fixated to the industry. Only the Agreements registered before INPI and before the Brazilian Central Bank can send royalties amounts to a foreign country and deduct from the calculus bases of the taxes.

7. The main taxes applied to royalties sent to a foreign country are: (i) Income Tax (Imposto de Renda na Fonte – IRF) which rate is 15%; (ii) Contribution of Intervention in the Economic Domain (Contribuição de Intervenção no Domínio Econômico – CIDE), which rate is 10%; and Financial Transaction Tax (Imposto sobre Transações Financeiras – IOF), which rate is 0,038%.

This text "Main Rules Regarding Patent License Agreements in Brazil" was first published on HQ Advisory Blog (http://hq-advisory.com/blog/patent-license-agreement-brazil/). This text is free and open source. You are allowed to republish this text under Creative Commons license (https://creativecommons.org/licenses/by/3.0/br/), assigning the authorship to "Aline Schraier de Quadros", HQ Advisory, April 20, 2017, 10:39 a.m. If you identify any typos, send an email to contato@hq-advisory.com 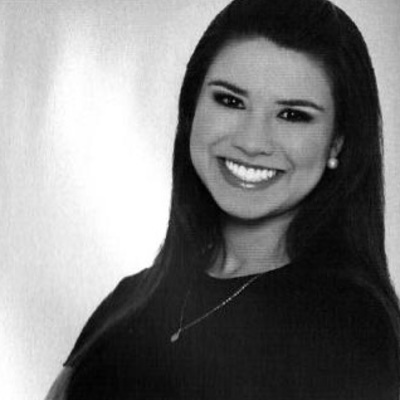