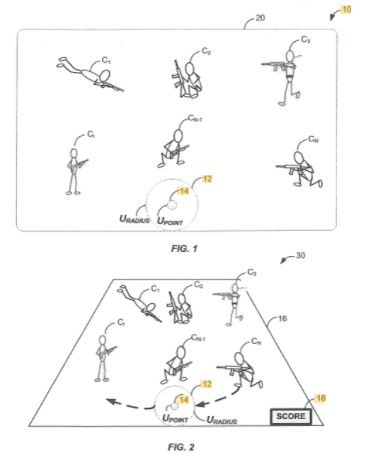 Official title and information are available only for Plus and Premium subscribers.

Multiplayer Video Game Where You Control Player Closest to You

Patent Granted Broad coverage of game play mechanic in a multiplayer video game. Currently being implemented in several AAA titles, and claim charts are available. Generally a character may be captured and controlled by a user for gameplay such as fighting, crafting, and the like. The capture and control is for a limited time, such as a predetermined time that is generally short compared to the overall game duration. After the predetermined time, the character is released and the user is free to grab another character. The radius which allows for user capture/control of a character may be variable. No con on file as claim coverage obtained was sufficiently broad, and in several statutory categories.

MAKE AN OFFER
GET LICENSE BROKER APPLY submit an inquiry