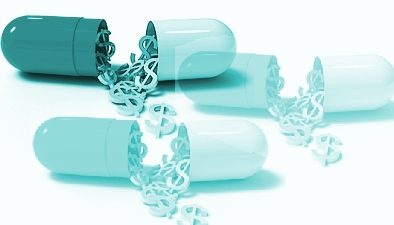 The novelty requirement for patent protection has some exceptions under which premature disclosure would be safe. These exceptions depend on the normative in force at the chosen patent office and may comprise the so-called Grace Period: a period of time prior to the filing of a patent application during which the novelty of the invention is protected from early disclosure, provided some conditions apply.

Almost every country has some form of a Grace Period, but the conditions for activation vary widely. For example, the US has traditionally been permissive with early disclosures. Even after the last reform (AIA 2011) which limits the Grace Period to disclosures made by the inventor himself or his right holders, 35 US Code § 102 (b) provides a whole year of Grace Period for any disclosure (including marketing the invention) thus conferring the advantageous opportunity of assessing the commercial interest of an invention and the suitability of seeking for patent protection. In 2012 Japan, also expanded its 6 months Grace Period to any disclosure, including selling, made by the inventor or his right holders.

In the case of the Spanish Patent and Trademark Office (SPTO), the Grace Period is very restrictive and does not have any significant practical application. Conditions for its activation have shrunk slightly with the new Patent Law (LP; Law 24/2015 of 24 July) to accommodate the Munich Convention on the Granting of European Patents (EPC; European Patent Convention); thus adopting the same criteria as the European Patent Office (EPO). According to Article 7 LP (Art. 55 EPC), an allowable disclosure must have happened within the 6 months previous to filing and may be allowed only if it was due to, or in consequence of:

(a) An evident abuse in relation to the applicant or his legal predecessor, or

(b) The fact that the applicant or his legal predecessor has displayed the invention at an official, or officially recognized, international exhibition (http://www.bie-paris.org/site/en/expos/about-expos/expo-categories)

In which case a declaration must be made at filing, and a supporting certificate together with an asserting statement must be subsequently filed within four months (R. 25 EPC).

The Grace Period is gaining momentum due to the ongoing efforts to achievesubstantive patent law harmonization in the political and economic context of the Transatlantic Free Trade Area and the EU-Japan Free Trade Agreement. There is pressure on Europe to adopt a Grace period compatible with that of its partners in these agreements as well as in The Trilateral Cooperation on Patents.

In July 2011 Heads of Offices and representatives from a few countries and the EPO met upon the invitation of the EPO President in order to consider the state of affairs concerning patent law harmonization (Tegernsee, 2011). At this meeting, key issues for harmonization were identified, Grace Period among them. Participants agreed to take the process forward by means of fact finding and information gathering through a group of technical and legal experts and through consulting stakeholders as appropriate, in order to contribute to a wider discussion involving all relevant parties. In addition, the EPO’s Economic and Scientific Advisory Board (ESAB) decided to include the study of “The Economic Effects of Introducing a Grace Period in Europe” as part of its 2014 programme.

As a result, last March 2015 the EPO released an article stating its official position. This article discusses the costs and benefits of the introduction of a Grace Period in Europe, recognizing that “the costs of introducing a grace period in Europe are seemingly larger and the benefits smaller for large companies than for universities" Its cautious recommendation introduces two conditions for the EPO to consider adopting the Grace Period:

According to the ESAB, the features of this Grace Period should be as follows:

Although these features seem very reasonable and would be a pragmatical extension of the grace period currently in force in Spain and at the EPO, I found myself more and more annoyed as I deepened in reading.

At first, the careful drafting of the statement regarding costs and benefits powerfully called my attention: "Costs […] seemingly larger and the benefits smaller for large companies than for universities”. This isn’t saying that the costs outweigh the benefits, whatsoever; not even for large companies. Rather, it only says that the costs "seem" larger for corporations compared to the costs for universities, so it follows that they don’t necessarily outweigh the benefits for any of the two types of entities. In my opinion, if the benefits equal or outweigh the costs, the expansion should be promoted. The benefits of implementing afunctional Grace Period in Europe may be fuzzy, unaccountable, and beyond expectations.

Clearly, the academia would greatly benefit from the introduction of a Grace Period in Europe, and when I say the academia I mean not only the universities and Public Research Organizations but also all of us, tax-payers supporting this knowledge-based economy.  As I explained on my post regarding the efficiency of the Research, Development and Innovation Systems, the academia files patents as a result of the pressure exerted by the need to cover institutional indicators and the need and obligation to publish in scientific peer-reviewed journals. Most academic applications are submitted too early and describe unripe technologies that are challenging to transfer due to the high financial risks for development perceived by potential investors. These applications are often defective in novelty or inventive step, in part due to sloppy last-minute drafting to save the patent before an imminent scientific publication.

Have a look at the information gathered by the Tegernsee group, the leading cause of use of the Grace Period at the offices of USA, Japan and the EPO is the previous academic publication (article or conference).

Therefore it seems that the introduction of a Grace Period would be useful, not only to maintain the indicators of the academia, but also to improve the quality of academic patents in order to protect more efficiently the financial investment needed for development. In this sense, a Grace Period of six months seems a bit narrow, much more favorable would be the broader US Grace Period of 12 month that allows for filing at a more developed stage of the invention. This is not trivial, provided the TTOs were coordinated effectively with research teams and negotiations for development were initiated prior to the patent application. This strategy could benefit, among other things, from taking into account the input from the market at the time of drafting the patent specification, thus setting the academia at an advantage regarding tech transfer.

Back to the careful sentence of the ESAB, I also sense in it the typical smell of public structures operating at the service of large corporations, this bias amazes me even more since only 2 of its 15 members belong to large corporations (Phillips and Technicolor). The ESAB position article reveals that the underlying problem preventing an overtly positive recommendation for implementing a Grace Period comparable to that of Japan and the US is the resulting legal uncertainty (which clearly affects not the academia, but corporations).

By "legal uncertainty" the ESAB is indirectly referring to the freedom of operation of third-parties willing to market inventions protected by patents. These companies need to know when patent rights expire in order to launch these products into the market. That is legitimate; it is part of the philosophy behind the patent system. This information is important, for example, for generic and biosimilar pharma and biotech companies, but also for those that manufacturespice bottle’s caps. In both cases the competitor needs to know when the patent expires in order to incorporate the products into their own pipeline or to decide how much they are willing to pay for a license.

The difference, however, is that for the former what really counts it that the drug has been approved by the FDA (or its counterpart) for a specific therapeutic indication (part of the development of the invention in which no one would invest without a patent). For a generic drug company the patent is only an obstacle to marketing so it is important to be confident regarding its validity and expiration date. If there is a grace period, it is more difficult (actually more expensive), to determine the validity of a patent or -more commonly in practice- of a patent application. Why? Because there are added costs in relation to patent attorney fees who need more time to analyze the relevant documentation in order to issue an opinion on freedom to operate (also Right to Use): What valid patents may oppose the marketing of a product, until what date and who\\'s the owner.

Right to Use opinions are a very important tool at deciding on new product development and business diversification, both indicators of business innovation. If a publication that could invalidate a patent is detected, an important business development route may have open. However, if there is a Grace Period, this possibility could fade out or be significantly reduced.

From this perspective, a Grace Period favors innovative companies instead of  "following companies" who are unlikely to take risks, moving on a secure ground, especially when they do so from a"legal certainty".

I wonder, if the academia as a whole is the largest applicant for patents in the EU, if the EU financial efforts are directed to implementing policies to promote innovation, if the majority of the members of the ESAB and Tegernsee meeting are academic managers and political Heads of Office of the EU, why is the EPO so reluctant to implementing a Grace Period for the benefit of its main stakeholders?

In sum, the official opinion of the EPO concerning the establishment of a grace period in Europe seems to favor the recalcitrant environment of security in which a politically and financially stagnant Europe operates. A Europe as old as its arrogant attitude, which concedes only to its own terms, provided the other parties adopt its unilateral criteria. A Europe that broadcasts a positive discourse on the benefits of innovation and knowledge-based economy and fails to fully support it with its political position. 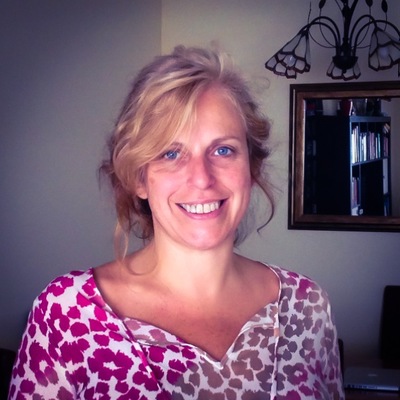