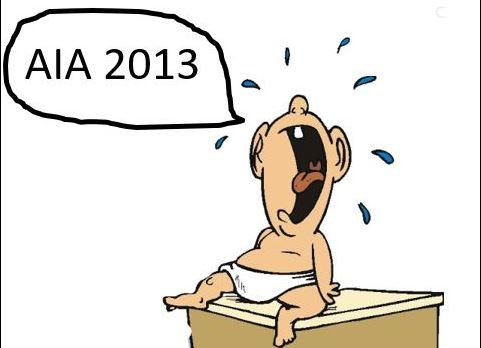 Few understand this. The AIA 2013 – which replaced the patenting principle of “first to invent” by the international standard of “first to file” and introduced inter-partes-review (IPR) proceedings at the USPTO – can be a blessing for inventors and small companies, especially for those who stay ahead of the curve.

This US inventor here at least has recognized that the situation has dramatically changed.

The following came to my mind when I studied his contribution on a US patent law blog.

The Patent Ground keeps Changing since it was Invented

Patents have been invented only a few centuries ago, initially as royal monopolies that have been handed out to very few selected individuals. This was not unusual for times when strict guilds regulated even niche sectors of common trades: I once read in Patrick Süßkind´s novel “The Perfume” that commercial soup cooks in France were not allowed to prepare meat roasts, and vice versa. Apparently, this was not thought of being weird.

Since then, Patent Law has changed a lot.

Just over the past two decades, there have been several major changes to the US patent law, such as the adjustment of the patent term from 17 year from its issuance to 20 years from its filing date.

This does not only apply to the USA. Without going into details, major patent law changes of a similar magnitude also occurred in jurisdictions outside of the USA.

The Patent Ground will keep Changing in the Future

A few potential issues that immediately lie at hand are:

If Patent Law does not adapt to these and other looming threats, it will become impractical, useless and it will ultimately vanish.

This was the Old-Style US Patent Strategy

Not many outside of the USA know this.

It is interesting to read from where our old US inventor is coming. This is what has been applied by new product developers and inventors in the past century in the USA: they kept a more or less accurate notebook for documenting, illustrating, signing and witnessing the process of developing an idea into a product. These Laboratory Notebooks became IP assets that were important when buying, selling, and combining companies. This was also sufficient to protect one´s IP, at least at its early stages of the product.

By doing so, an inventor’s idea could be developed into a conceptual model that could be used to determine the probability of commercial success of the product 1.0, and all that at virtually no cost and without involving the USPTO. An inventor could refine his idea into a commercially viable product, by sharing his inventions with neighbors, relatives, and friends as well as with vendors, prototypers, and suppliers. While this did not entirely work overseas, this worked well for the area of the USA.

The AIA has dramatically changed this back in 2013. Which is something that some people cannot get down with at all. Which in turn is something that I cannot understand. Because such a situation is so normal today.

There is a Life for Inventors, even after AIA

US inventors just need to look over the garden fence in order to discover that many other countries have thriving business cultures, despite (or because of) “first to file” patent laws.

Many countries, just as the USA, have “… inventors that come up with an idea that they believe can be commercialized. They want to create jobs. They optimistically count the dollars of profit! Most inventors have naively talked about their idea to anyone and everyone they could before getting coached.”, as the disappointed US inventor writes. He calls the first-to-file principle a “system used in many third world countries, …´dummying down´ our system” in the USA.

This one and other inventors do overlook that in many countries outside the USA, there are similar grace periods in place for filing a patent. The inventor’s own disclosure will then not be taken into account as a prior art.

In other countries that do not have grace periods, inventors have to be a bit more careful. The emphasis here is on “careful”. In the age of the Internet, it is grossly negligent to not inform oneself better about ways to protect one´s ideas before starting to commercialize them.

The Price Sensitive way of Commercializing an Idea

Some inventors try to use these grace periods to save “thousands of dollars of upfront costs” by not filing patent applications until after the idea was fully refined and determined to be commercially viable. This is what they will tell you:

After all, if the idea can’t be produced at a profit or if buyers will never buy it, why patent it? No small inventor can justify spending thousands of dollars on an idea with no way to know if it will ever bring a profit.

This is a statement that reveals unrealistic expectations. Such a thinking often fires back on technicians who want to become businessmen. Check out this video for more information on this:

This is what Non-US Inventors do in Order to Protect their Ideas: Provisional Patent Applications

Smart inventors have found their way to file a series of provisional patent applications themselves, with the help of learned tutors and free consultations at the various patent offices and chambers of commerce. Some have even developed remarkable skills in this.

Internet will change the landscape for self-filing of patents and make it much cheaper while achieving better results. There are already more than a dozen patent drafting robots out there on the Internet, some providing provisional patent applications for as little as 99 US$.

In very short words: even inventors that do not want to engage a patent attorney to help them to file a patent application while it is still unknown if the invention is commercially viable can enjoy decent patent protection during the Paris Convention priority year period after filing their first provisional patent application.

These patenting strategies are proven and they work. If they work perfectly outside the USA, then why not within the USA?

This is what Non-US Inventors do in Order to Protect their Ideas: simplistic NDAs

In addition to filing provisional patent applications, smart inventors use very simple NDAs, often only half a page long, just long enough to make sure that if they show their inventions to vendors, prototypers, suppliers, and others, this disclosure does not become prior art for their own pending patent applications.

What has been said before for provisional patent applications also applies to NDAs. There are hundreds of NDA templates out there on the Internet, most of them for free. Just cut them down to one single paragraph.

I have put a few short articles about NDAs online, start here

Again, these strategies are proven and they work. If they work perfectly outside the USA, then why not within the USA?

Inter-partes-review (IPR) is a means of rectifying a wrong decision of the USPTO to grant a specific patent. The USPTO installed a special tribunal for that purpose, the Patent Trial and Appeal Board (PTAB).

This has made business life in the USA much more predictable, especially for smaller companies from foreign countries. Before AIA, it was a huge effort to get a Freedom-to-Operate (FTO) study for a specific product, and the FTO often said that there is an unpredictable risk when selling the product. In the best case, the FTO could be used as a means to show that there was at least not a willful infringement, which in the case of a lost patent infringement lawsuit would result in astronomic punitive damages to be paid.

The PTAB legislation is currently under fire, because of constitutional considerations.

My personal view is that whoever thinks that the IPR will be abolished, e.g. because there is no jury trial before revoking a US patent, is not realistic. Just a few considerations that I do not hear so often:

First, a large number of US patents that underwent IPR procedures was either entirely revoked or limited in its scope of protection. This means that there is a good reason for the IPR Procedures to be in place because this demonstrates that there is a real issue with the “quality” of US patents, which by the way is an inherent weakness to any granted patent in this world. Patent Examiners are humans and they have only a limited amount of time available for examining a specific patent application. It is not realistic to think that one person can single-handedly surface and examine all relevant prior art of the world. On the other hand, the party which initiates IPR proceedings can invest as much manpower as they like for attacking a specific patent. This is when literally many cooks are going to spoil the broth, respectively the patent in suit.

Second, at the time when I am writing this article, the USPTO has installed 174 PTAB judges. Do the critics of the IPR really believe that these judges will be laid off in case that the IPR proceedings should be found to be unconstitutional? The USPTO could then install a pre-grant inter-partes opposition procedure, similar to other countries, which would lead to the same result as today with the IPR procedures. In fact, that could make the situation even worse, as oppositions would be filed more often than IPR proceedings being initiated today, just for the sake of good safety.

What I also can see is that there are some conspiracy theories about the PTAB out there. I do not think that they are valid. AIA was properly initiated by the US lawmaker. That means that there must have been a real need for the changes made. One motive surely was to harmonize the patent law of the USA with the patent laws of all other countries in the world. This is why we foreigners appreciate the AIA. I also do not believe that the AIA was intended to make it more difficult for NPEs and contingency fee lawyers to threaten active US companies with patent claims, although this theory sounds at least reasonable.

Those US inventors that do not yet know about the AIA surely need to catch up with what is going on in the USA. But this applies also to sole inventors outside the USA.

This is why the Internet is so important. Many US inventors have never heard of the America Invents Act until they read about it somewhere. This is why I am writing this little article.

It should also be made a major topic at all Inventors Forum meetings. You can use my above article as a starting point. If you think you have a better answer, make the case for your recommendation. Show specifically why yours is better, not why the above suggestions are worthless.

It is our responsibility as IP lawyers to educate our creative inventors. This will prevent them from failing. Inventors, on the other hand, must recognize: fly or die.

Whenever I hear today an inventor or patent attorney say: “The AIA must be repealed lest we lose our job creation engine forever”, those protesting New York taxi drivers come to my mind that have once taken up loans to pay more than one million US$ for a taxi medallion that is today only worth 160,000 US$, because of the Internet. See here: