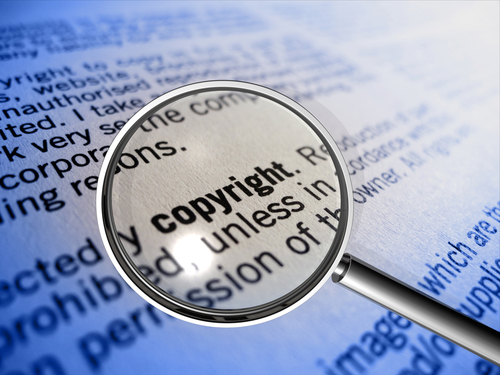 I have written about the negative outlook for Copyright protection of written works (click here, if not).

In that article, I wrote that court decisions based on Copyright claims are very difficult to enforce against infringers, especially when the infringers can easily run away - as it is the case on the Internet.

This is going to be worse. Or better, if seen from the perspective of an Internet user.

Before this, there were still ways to prevent some of the Copyright infringements - at least in Germany, if done over public WiFi hotspots provided at commercial establishments, such as cafés and retail shops.

This will very likely soon be history.

The Advocate General (“AG”) of the Court of Justice of the European Union (“CJEU”) has issued a preliminary Opinion in which he is finding a balance between the freedom (of the consumers) of expression and information, the freedom (of the retailers) to conduct a business, versus the right to protection (of the owners) of intellectual property, all that under the Charter of Fundamental Rights of the EU.

In short, if the Court of Justice of the European Union follows the AG’s opinion - which is what usually happens - this is good news for business owners using free WiFi to increase consumer footfall. Retailers who, in the course of their business, offer free unprotected WiFi, should not be held responsible if their customers use the service to infringe copyrights of third parties. Given this, one might also expect more free public WiFi access points, which is good news for service providers and users.

He was sued by Sony after an unknown person used his shop’s WiFi internet connection to make copyright-protected musical works available for download. Sony looked for damages and injunctive relief against McFadden. McFadden denied liability and sought to rely on the ‘mere conduit’ defence available to providers of ‘information society services’ under Article 12(1) of the eCommerce Directive (2000/31/EC).

What is Mere Conduit?

The Munich Court initially took the so far usual view that McFadden - although not directly liable for the copyright infringement - may still have some liability as his WiFi network was not password secured.

However, the German Court asked the CJEU to clarify

(i) whether a professional person, such as McFadden, who, in the course of business, makes a free public WiFi network available, falls within the scope of Article 12 of the Directive, and

(ii) if he does, how his liability is limited by that provision.

The EU eCommerce Directive (2000/31/EC) requires EU Member States to ensure that their national laws provide internet intermediaries with immunity from liability for transmitting, hosting or caching unlawful third party content. According to its Article 12, EU Member States must ensure that providers of ‘information society services’ are not liable for information transmitted by others through their service where they act as a ‘mere conduit’.

In order to qualify for this exemption, the service provider must not:

- select the receiver of the transmission; and

- select or modify the information contained in the transmission.

In light of the above, the AG’s view was that the relevant provisions of the Directive should be interpreted as applying to a person who, in addition to his principal economic activity, operates a WiFi internet connection that is accessible to the public free of charge.

"Exempted" does not mean "No Injunction"

According to Article 12(3) of the EU eCommerce Directive, ‘mere conduit’ service providers can still face injunctions which require steps to be taken to prevent or end a specific copyright infringement.

But this is where - according to the AG - the Charter of Fundamental Rights of the EU comes in. Any such injunction must achieve a fair balance between the relevant fundamental rights, in particular, the freedom of expression and information, the freedom to conduct a business, versus the right to protection of intellectual property.

In the present case, an injunction would have required McFadden to terminate or password-protect the internet connection, or to inspect all communications passing through it. The AG states that any requirement for McFadden to terminate or password-protect his WiFi service would not be compatible with the fair balance of competing fundamental rights. In addition, any requirement for McFadden to examine all communications transmitted through his network connection would run contrary to the Article 15(1) of the EU eCommerce Directive, which prohibits general obligations to monitor.

Although the AG reiterated that national courts of the EU must strike a fair balance between IP rights and the fundamental rights of individuals affected by such measures, it remains unclear how this can be achieved in the case of an unsecured WiFi network.

This is bad news for Copyright owners, their lawyers, and private investigators.  It is now much more difficult to assert Copyright claims against infringers. Cases like the one described here

will soon belong to the past.

And good news for the Computer & Internet industry and especially for users of peer-to-peer file sharing networks, if they access the Internet over an unsecured Wi-Fi connection.

Or in other words: Internet kills Copyright.