A further Strike against Copyright Protection - Indian Court says: "Not a Divine Right" 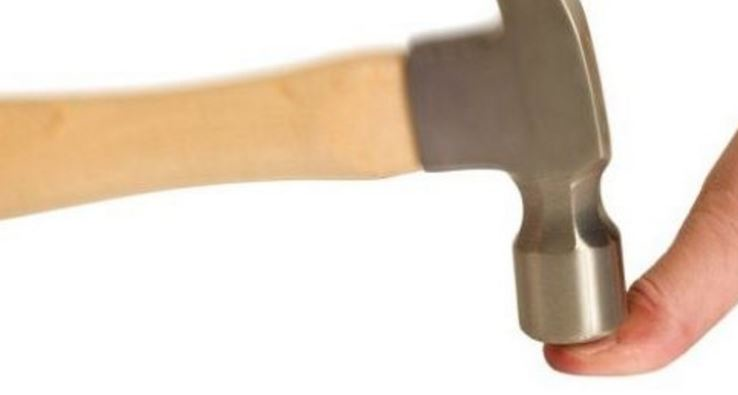 Enforcement of copyrights against retailers as well as end-users will soon be demised, in my opinion.

In September 2016, the Delhi High Court in India has defended the photocopying of university textbooks, here

This means that the high court has consented the Delhi University to issue photocopies of major textbooks that are published by leading publishers. It is held by the court that under the Indian Copyright Act, this is allowed as the act exempts the area of education from infringement of copyright. This exemption has also been extended by the court to the acts performed by a commercial copy shop, which was still perceived as a use for imparting education.

This case, in a sideline only, provides an idea about timelines of law suits in India too. The law suit was filed in 2012, and the verdict was given in late 2016. This is seen as "fast" for a lawsuit in the country.

What I find rather bold, and factually correct as well, is the following statement given in the verdict:

"Copyright, specially in literary works, is thus not an inevitable, divine, or natural right that confers on authors the absolute ownership of their creations. It is designed rather to stimulate activity and progress in the arts for the intellectual enrichment of the public."

For businesses leveraging on copyrights to obtain revenues, this may feel like a slap in the face. This fact is, a group of publishers, including Oxford University Press and Cambridge University Press etc, had taken legal action against one of the photocopy shops located in the premises of the Delhi University. From a practical perception, I find it surprising that this little defendant has fought back.

Some background on the copy shops in the university

This may seem strange for those who could afford to pay for all the books when studying at university. However, it has always been common that "course packs", which are compilations of photocopied portions of different books prescribed by the universities as suggested reading in the syllabus, are being sold at copy shops at these academic institutions. This does not just apply to Asia, but also to most other countries too.

Currently, this university copying has become a well-documented tradition. The Indian Justice who rendered the verdict recalled his personal experience and wrote it down, for the records:

"In the times when I was studying law, the facility available of photocopying was limited, time consuming and costly. The students then used to take turns to sit in the library and copy by hand pages after pages of chapters in the books suggested for reading and subsequently either make carbon copies thereof or having the same photocopied."

Is Collective Licensing a Way Out for Publishing Houses?

Personally, I recall that three decades ago when I was studying in Germany, I had stood for hours in front of copy machines to make photocopies of my textbooks. This was only initially a problem. At first, copy shops had attempted to stop customers from doing that by displaying information signages, but it did not work. Copying books became even promoted by that. This issue was eventually solved by making copy shops paying royalty fees per page to authors' copyright organisations, which in turn share a part of their income with those authors that are registered members of these organisations. German laws provide for such a solution, and the German Patent Office is the official body overlooking these authors' copyright organisations.

As a German myself, I can say that this is a very German approach of handling this matter.

This once very German practice has now spread globally and there are currently copyright collective management organisations (CMOs) that exist in many nations.

This is not applicable only to written works. There are CMOs specializing in different categories of works. These organisations, in the field of text and image-based work, are called Reproduction Rights Organisations (RROs). Generally, they deal with licensing of secondary uses of books, journals, newspapers and magazines, in both their hard copy formats and their online or digital formats. In some cases, visual content like motion pictures and photographs are covered as well. There are RROs in about 80 countries, ranging from sophisticated organisations that have long histories to start-up organizations in developing nations. Many RROs belong to the International Federation of Reproduction Rights Organisations (IFRRO).

Sounds nice and fair, does it?

The Practical Side of It

Indian students have learned their lesson from the ongoing case. Presently, their "course packs" are distributed in the form of PDF files over the Internet, and this enables them to have their suggested readings on their laptops for free or selectively printable for a small fee, which ensures that a print shop getting some revenue, but not the publisher.

Nobody can sue a student and their suppliers for this as  there are too many of them. Besides, it will not be easy to find them as Tor net and wireless networks make them both invisible and anonymous.

Whether the tidal wave that the Internet is building up against Copyright can be channelled by making some changes to the legislation and/or by introducing outdated concepts like CMOs etc, it is still to be seen.

Yet, I do not believe in it because it does not hit the nail on the head. Royalty fees are against human nature as I know it from two decades of experience working in the area of enforcing Intellectual Property (IP) that users are inherently not nice and fair.

Virtually, no user is willing to pay royalties for works protected by Copyright if one can obtain the same thing without having to pay a single cent. This is applicable to all IP rights. For example, if one can 3D-print an article, it will be copied.

Regardless of location, be it Asia, Europe or in the United States, what can be copied will be copied.

If a person is pursuing a career in a CMO presently, it is advisable to get out before it becomes too late. He or she will end up riding a dead horse.