Why NDAs often don't work when expected to do so and what to do about it. 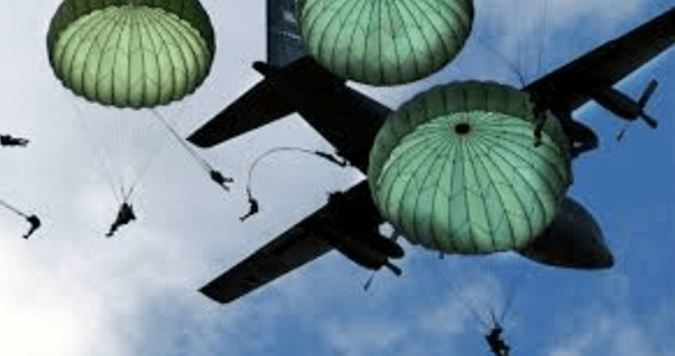 Every businesses have trade secrets and protecting them is in their interest. However, at the same time, there are usually situations whereby it is desirable or necessary to disclose such sensitive information with others. To this end, non-disclosure agreements (NDAs) are often used to provide the disclosing party peace of mind and make sure the continued secrecy of the information. Besides, one of the most essential legal effects of an NDA is that any information disclosed under it is not considered prior art when assessing an novelty of an invention in a patent application. I have written more about that before.

This article will explain why are there high chances that NDAs are often not useful when required. To expect that any breach of an NDA will automatically entitle the injured party to damages is incorrect.

What are the elements that form an NDA?

At its most basic, an NDA establishes certain information to be confidential and imposes obligations on recipients of that information to maintain its secrecy. Information that NDAs might be used to protect include trade secrets like manufacturing processes, client lists and also details of inventions before filing of patent.

1. Identification of the parties bound by the agreement

2. Definition of what information is considered confidential

3. Carve-outs identifying what information is not covered by the agreement (i.e. information that subsequently becomes public knowledge)

4. Scope and nature of the confidentiality obligation of the receiving party

5. The duration for which the agreement will be in force

Typical contexts of an NDA

There are various contexts in which an NDA might be used, common examples are:

Specific Situations when an NDA did not work as expected

Even though NDAs can be useful for certain minor side-aspects, it is in practice not easy to obtain damages as a result of a breach. Courts in some jurisdictions have been reluctant to calculate and grant damages in this context.

In particular, I have experienced and envisaged specific situations in which a seemingly watertight NDA ultimately turned out to not be not a strong legal weapon against disclosures that are not authorised. For instance:

1. Where breach of the NDA cannot be proven with strong evidence,

2. Where the extent and cause of damage due to the unauthorised disclosure cannot be proven sufficiently to obtain damages,

3. Where the information is disclosed to a party that is not bound by the NDA, such as a freelancer whom is wrongly representing himself as associated with the contracting receiving party, and this person then publishing that specific piece of information,

5. There is also potential for NDAs that are poorly drafted to be considered anti-competitive, particularly when unfocused as to which information is to be protected. I have written about similar situations with respect to license agreements earlier.

There are various potential reasons for not being able to successfully assert an NDA, and this is not only the case because the specific case is difficult from a legal or factual point of view. The mere cost risk of initiating a court case repels many from asserting their claims against a party who breaches an NDA by publishing confidential information that is protected, when he or she is not supposed to.

The above scenarios are of course not exhaustive.

Can't we draft our NDAs such that they cover such unclear situations?

No, you cannot. While it is always possible to improve an NDA and addressing a potential gap, there is no way to address all possible error sources in a way that the planned cooperation can still be operated in a simple way, not to speak of the danger that arises due to disclosure of confidential information to parties with malicious intent.

This is where it becomes difficult to exceed the imagination of non-IP lawyers and laymen. We are all trained at universities to stay away from such situations when it comes to standard contract types, for example, purchase contracts and assignments of rights. Laymen even believe that our legal training is exhaustive and it covers all areas of life.

Hence, no NDA can be drafted to foresee every eventuality and cover all bases, and too much time is spent in negotiating the minute details of such agreements. NDAs all too often have the potential to cause issues at the pre-negotiation and negotiation stages of business dealings, causing more hassle than they are worth.

This is also in some ways attributable to differing cultural attitudes to NDAs, based on the fact that different jurisdictions take very different approaches to NDAs and their enforceability.

All these challenges will not be easy to tackle fully, but my advice would be to simply accept the inherent limitations of NDAs, to utilise an NDA which is straightforward instead of wasting too much time negotiating its details, and then to pair the agreement with various practical precautions to reduce the risk.

Any other relevant consideration when it comes to NDAs?

It is often forgotten that in many cases, the receiving party refuses to sign an NDA.

A Google search for "why not sign an nda" delivers about 22 Mio positive hits.

And in spite of the general unwillingness to sign an NDA, there are co-operations between many disclosing parties established, without any underlying NDA being in place.

Does this ring a bell?

Some suggestions for practical means by which the inherent risks of unwanted disclosure of confidential information can be managed are:

1. If there is an NDA, try to be very specific when it comes to defining what information is considered confidential and keep track of when and to whom that information is disclosed in order to more easily establish breach.

2. If there is an NDA, try to utilise a fixed amount that is payable for breach to avoid difficulty in quantifying the damages. However, care has to be taken in some jurisdictions to prevent such clauses being perceived as unenforceable.

3. Whether or not there is an NDA, use common sense when disclosing information: disclose on a need-to-know basis only, and verify the identity of those to whom disclosure is made; clearly mark all sensitive information as ‘confidential - not intended for publication’. And try to keep records of what, when and to whom information is being shared to.

NDAs are not totally useless. As mentioned above, a key benefit is in preventing information from becoming prior art in future patent applications.

The NDA can also be evidence in a tortious breach of confidence claim in which there is clear evidence showing that there was a disclosure, that the info was confidential, and that the recipient was aware of this.

However, we have to make ourselves clear that NDAs are not, and will never be, entirely bulletproof. Thus, minimalistic NDAs can be used alongside practical measures to reduce wastage of time spent on drafting their terms and lower the risks of disclosure in general.